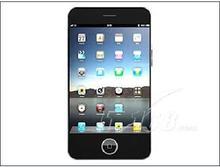 According to the plan, China Unicom and China Telecom will start selling iPhone 5 at the same time in early December, and there will be no other versions of the listed products before this. Currently, the above two operators are making final product and marketing preparations for the launch of the iPhone5.

At present, Unicom and Telecom's iPhone5 contract package has been determined, iPhone5 16GB Unicom Edition iPhone5 contract price is 5880 yuan, for a three-year period of 286 packages available free of charge. The telecommunications version of the contract price is 5780 yuan, for the three-year period of 289 packages can get a machine. However, Unicom and Telecom officials have not confirmed this yet.