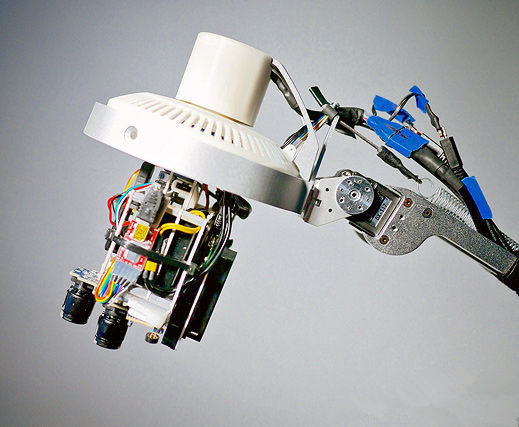 By attaching the microcomputer to the lamp holder of the incandescent lamp and installing the camera and projector on the computer, any desktop can be turned into a touch screen.

This article refers to the address: http://

Researchers at the Massachusetts Institute of Technology (MIT) can turn a tiny computer into a common lamp holder, and with a camera and projector, instantly turn any object surface into a touch screen.

Today, powerful computers are getting cheaper and smaller, and they can be put into a variety of everyday items. Natan Linder, a researcher at the Massachusetts Institute of Technology's Media Lab, believes that installing a tiny computer into a lampholder's lamp holder and installing a camera and projector on the computer allows Any desktop turns into a touch screen to create an innovative interface.

The LuminAR device developed by Linde and Media Lab colleagues can project interactive images onto the surface of the object, and the system can feel it when a person uses a finger or the entire finger to point to anything in the image. Linde calls LuminAR an augmented reality system because the image and its projected interface can change the function of the surface or object.

Although this concept sounds "not reliable," many large technology companies are trying to develop new computer interfaces, hoping to open up new markets for their products. LuminAR recognizes objects through cameras, projectors, and software, projects images onto or around objects, and acts as a scanner. 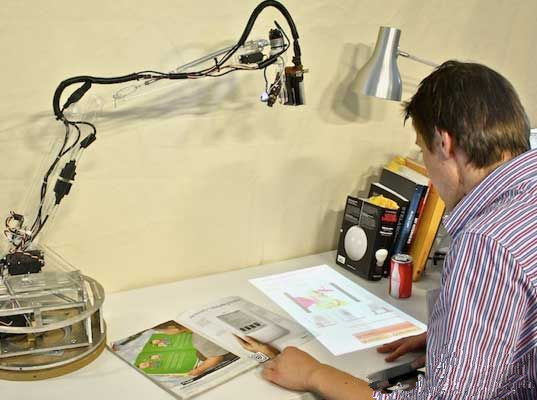 Everything is a touch screen

In addition, LuminAR can access the Internet via a WiFi network. Some of the features of the LuminAR prototype device, such as object recognition, rely in part on software that runs on the remote cloud server. We can use LuminAR to build a display system on the surface of the object to display information related to the work at hand. It can also be used to take photos of printed documents such as objects or magazines. The user can then email the photo to the contact by interacting with the LuminAR projection interface.

Linde said: "I am excited about the market prospects of this technology, and both engineers and designers can use it." He believes that LuminAR is very useful for all creative work. In these jobs, we often use paper and pencil, Other tangible objects and computers, etc.

LuminAR is equally useful outside of the desktop or office environment. Linde showed off LuminAR's ability to simulate an electric city environment, such as it could project a price tag next to a camera placed on a table. Linde also tried to use LuminAR technology in a video call like Skype to project the caller's video onto the wall next to it.

LuminAR's current prototype devices use Qualcomm's Snapdragon processor, which is commonly used on smartphones and tablets. Linde and colleagues are trying to use the customized version of the Linux operating system and Google Android as the operating platform for LuminAR.

Early LuminAR prototypes also included robotic arms for supporting incandescent lamps. But Linde and colleagues are currently focusing on improving the LuminAR version without a robotic arm. Linde pointed out that this design can reduce cost and operational complexity, while also making the technology more accessible.