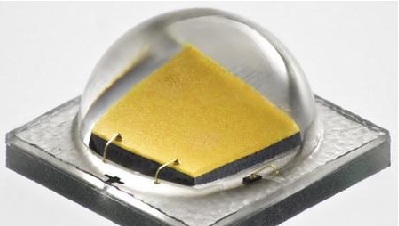 December 2012 ---- Recently, the final of the 2014 FIFA World Cup and other six important matches - Brazil's Jornalista MÃ¡rio Filho Stadium, Maracana Stadium has identified Lighting system supplier. GE Lighting has signed a cooperation agreement with the Rio de Janeiro Municipal Government's Public Works Company (Empresa de Obras PÃºblicas, EMOP) and Marccan Construction Group (ConsÃ³rcio MaracanÃ£ Rio 2014), which will provide 396ç›GE EF2000 for Maracana Stadium Power spotlights, new lighting sports venues. Maracana Stadium will also host the opening and closing ceremonies of the 2016 Brazil Olympic Games. With GE's advanced lighting system, this world-renowned top quality and most classic soccer field provides the clearest and most intense visual experience for athletes, live audiences and TV viewers all over the world. At present, the stadium is in the final stage of comprehensive reconstruction and is expected to reopen in February 2013.

Rio Caro Moreno, president of Rio de Janeiro's municipal public works company, stated: "Maracana Stadium, as a symbol of Brazilian culture and international football, has an important historical significance for Rio de Janeiro, Brazil and even the entire world. The work of the municipal government is Confirming the transformation project to show our countryâ€™s ability to host world-class events. From seat to lighting, we always insist on the best equipment and solutions.â€

In this project, it is necessary to provide a uniform, long-lasting lighting environment for the Maracana Stadium. This will reduce shadows and provide perfect visibility for all places on the field. This is for athletes' live performance and high definition. Television broadcast is very important. GE's lighting system controls glare, reduces the effects of natural light, and concentrates light on the field.

According to Carlos Zaeyes, representative of Maracana Construction Group: â€œGiven that GE Lighting has the strength to improve lighting quality for the largest stadium in Brazil and the World Cup finals, we finally decided to enable GE Lighting solutions. All GE products have always been It is known for its high efficiency, and I believe that they will surely provide the best lighting effects during the competition and enhance the visibility of every corner.â€

EF2000 high-power floodlights are widely used in large outdoor area lighting such as stadiums, runways, open-air parking lots, entertainment areas, building exteriors, ports, airport aprons, and indoor high ceiling lighting areas such as stadiums and performance halls. The lighting system was used at the Riverbank Arena in London to host the 5- and 7-a-side football matches for the 2012 Olympics hockey and Paralympic Games. In addition, EF2000 high-power floodlights have also been used in other stadiums in the United States, Europe and Latin America.

Alexandre Ferrari, General Manager of Brazil Business Team at GE Lighting, said: â€œWe are very honored to have this opportunity to demonstrate our professional skills and provide a perfect lighting environment for world-class football events. Since the opening ceremony in 1950, we have witnessed many times. The historical moment of this stadium is at this moment we are participating in a new historical stage, which will become a milestone in the development of our country's public facilities and modernization course. Of course, for all those who love football, this is also an extremely precious one. one's gift."

Â· Flex cables are all original.

Â· Please feel free to contact us for any questions at any time.