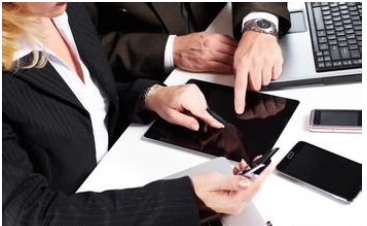 In the hot days, flat companies find water alone, find the natural ability to survive, can not find only upturned, life to bet; group search for water, search a wide range, easier to find water, water resources can also be more It is more reasonable to allocate and use the future as a bet.

Monopoly weapon standardization
With the X86 architecture supporting the Android system, after the flat panel industry has experienced rapid development, mutual integration has become inevitable, and this industry has become a result of profitable cooperation and competition. The sharing of core advantages and common monopolies are the brains of industry leaders.

Most of China's flat-panel companies have talents and their scientific research capabilities are also impressive, but they are willing to do their best for the petty profits, and they are willing to stand behind the giant butt and enjoy the benefits of being at a processing plant. Those who do not seek the promise of the world are less likely to seek for a moment; These enterprises lack the vision, confidence and perseverance to move into first-rate second-rate enterprises. In the early days, there was still a foothold. In the long run, they could only survive at the bottom of the value chain. They were not controlled by people and their ability to resist risks became low. The first victims of market storms were these flat-plate companies. Example: The renminbi interest rate fluctuates by a wide margin, and domestically-originally-oriented flat plates have been severely impacted and many have died.

It is important to stand on foot

The significance of standardization is nothing more than mutual wins. A low standard setting can revitalize a large number of small companies. A high standard setting can form an industry threshold and promote monopolies. At this time, the standing team often appears to be extremely important. It is the so-called â€œa courtier and a courtier, a generational generation of godsâ€, a change in the ancient and modern dynasty, and a small number of competitive games.

Huawei Flag Standard
Departure from standardization alone can be developed more individualized or can be done more differentiated, but the risk coefficient is also increased, often the product is dead before birth, dead and unknown; team standardization can be technically shared, reducing production costs. Although the foreign aircraft carrier-class companies are unattainable, they set a high threshold for monopolizing the natural opportunities for domestic companies. However, domestic companies do not have to rely on their own merits. Chinaâ€™s aircraft carrier has sailed. Huaweiâ€™s domestic aircraft carrier has already entered the expedition to expand territory.

At the end of August, Huawei held a new conference on the â€œSmall Futureâ€ HUAWEI Ultra Stick in Shenzhen. The Ultra Stick series was officially released. The event was very popular. Among them, celebrities and media elites accounted for one third of the total. Huawei's call Power is not powerful. At the symposium, the elder leaders of major companies spoke and talked about the development of standardization in the future. They also said that the standardization road is the only way for the future development of the tablet industry.

In the global competition of technology patenting, patent standardization, standard monopolization, and maximization of profits, most of the core patents and core technologies are in the global market in the hands of multinational corporations and foreign companies. The company with the right to speak in the big stream, Huawei is a company. According to Mr. Wei Ziqiang, Huawei's director of integrated terminal management, the launch of Ultra Stick, a 3G integrated Internet solution, is the beginning of a standard blueprint for the industry. It will serve as a new core competive force to help domestic flat-panels to condense and compete with foreign flat-panels. Rolling.

Together
The reason why domestic flat-panels only have the status of cottage flats is because they lack their own core competencies, from external appearance to internal work, not mimicking plagiarism or shoddy work. Close to the industry standards set by large enterprises to form a self-competitive advantage, this tree blossoming approach can help small and medium-sized flat companies out of the woods. More standards in the future (such as: interface standardization, TP standardization, touch IC standardization, etc.) will gradually formulate or improve and ultimately form the core competitiveness of domestic flat panel. In short, for the current domestic flat-panel industry, it is a hero's move to go alone and sail through the waves, and it is even more commendable to get out of the giant encirclement.

What is a Rigid Flex PCB?

Rigid flex printed circuit boards are boards using a combination of flexible and rigid board technologies in an application. Most rigid flex boards consist of multiple layers of flexible circuit substrates attached to one or more rigid boards externally and/or internally, depending upon the design of the application. The flexible substrates are designed to be in a constant state of flex and are usually formed into the flexed curve during manufacturing or installation.

Rigid flex designs are more challenging than the design of a typical rigid board environment, as these boards are designed in a 3D space, which also offers greater spatial efficiency. By being able to design in three dimensions rigid flex designers can twist, fold and roll the flexible board substrates to achieve their desired shape for the final application's package.

Our expertise â€“ your profit!

The circuit board is no longer thought of as simply something to hold other elements. In fact, it is part of the system and offers a diverse range of options to integrate different functions. We want to support our customers as early on in the development process as possible so that they can get the most out of our wide-ranging expertise. In this way we can succeed in finding the perfect solution for the specific situation whilst keeping an overview of the entire system.