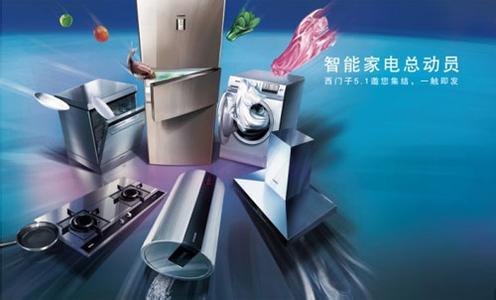 From October 1, the new energy efficiency standards will be implemented soon, and the speed at which manufacturers handle inventory will also increase. It is also expected that sales of various types of home appliances will be expected. Recently, after market monitoring, Zhong Yikang predicted that sales of air-conditioner refrigerators will decline slightly during the two quarters, while color TVs and washing machines will maintain or grow.

It is understood that in the first half of 2013, the volume of air-conditioning retail sales increased by a significant 28.0%, and retail sales increased by 32.6%, outperforming the overall appliance market. The increase of 3% in the overall average price in the first half of the year was a major bright spot in the air-conditioning market. The continuous increase in the proportion of inverter air conditioners and the subsidy of out-of-price subsidies were the main reasons for the increase in the overall average price. After experiencing hot sales in July and August, air-conditioning manufacturers still did not slow down the promotion of new products. Chigo, Oaks and other companies will also launch a variety of promotional activities after September, but in the face of new energy efficiency standards, companies have to first Handle the original inventory.

China Yikang predicts that during the Mid-Autumn Festival and National Day, the national air conditioner sales volume will be 2.6 million units, but it will be 9% lower than the same period of last year. Under the pressure of the implementation of the new energy efficiency standard, the second and third inverter air conditioners under the current standards will become the focus of pre-holiday promotions for the manufacturers, and the sales volume will account for more than 45% of the whole; at the same time, the online and offline promotion period will also be earlier than in previous years. , physical store sales will advance to early September, online promotions will be concentrated in mid-August to early September, the National Day of the week's retail sales will be significantly lower than in previous years. In addition, Zhong Yee Kang analysts believe that the overall air-conditioning market will slow in the second half of the year, and retail sales are expected to decline by 5% year-on-year, and the year-on-year growth rate will be above 13%.

Zhong Yi Kang predicts that the retail sales of refrigerators in the Golden Week of 2013 will be 3.61 million units, down 4.0% year-on-year. From the perspective of the whole year, the refrigerator market will show highs and lows. In the second half of the year, China Yikang expects the market size will drop from 47.7 billion yuan in the first half to 37.8 billion yuan, and the year-on-year increase will drop from 19.1% in the first half to 0.3%. However, this is not a certain number. Refrigerator products still have market growth points. Industry insiders pointed out that the introduction of the â€œleaderâ€ plan for small-scale, moderate policies and the acceleration of new urbanization may cause the refrigerator market to break through.

The washing machine industry, which has maintained a steady development trend, has not been affected by companies such as Galanz to subvert the market price. In the first half of the year, it has a better market sales status, and product upgrading is the most important innovation method for all companies. Yi Ting analyst Shi Ting believes that the 11th Golden Week will be the consumer highlights in the second half of the year. It is estimated that the retail sales of washing machines will reach 4.26 million units, an increase of 4.8% year-on-year. From the overall perspective of the second half of the year, the washing machine market will maintain a moderate upward trend, and retail sales will reach 16.8 million units, an increase of 2.7% from the same period last year.

Color TV sales remain even more competitive in the market

Compared with the above-mentioned household electrical appliances, color TV media has the highest exposure, especially after Internet companies gradually enter the industry. It is precisely because of this that traditional companies have also increased their investment in color TV products. In addition to the increased competition in the industry, this investment also has high sales figures. According to data from Zhong Yikang, the retail volume of color TV reached 24.55 million units in the first half of 2013, an increase of 34% year-on-year, showing extraordinary growth.

However, this trend did not last long. After the energy-saving subsidy policy was over, TV sales showed negative growth. Zhong Yikang believes that the overall color TV market will become bleak in the second half of the year. However, Peng Xiandong, general manager of the China-Ecocom Black Power Research Center, believes that in the context of weak overall growth in the second half of the year, consumers will pay more attention to holiday spending. The 2013 National Day will be the highlight of the market in the second half of the year. Zhong Yikang expects that in the holiday market of three weeks from September 16th to October 6th, the color TV market will reach 4.85 million units, which is basically the same as last year, of which the retail volume of LCD TVs will reach 4.7 million units.