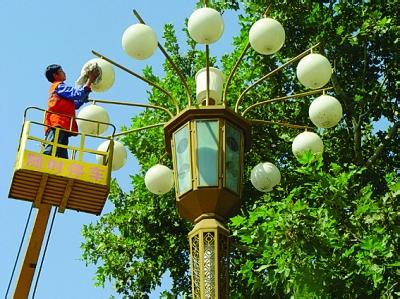 According to the forecast of the U.S. Energy Agency, the overall efficiency of LED lighting in 2015 will reach 172 lumens/watt, and it is no problem to replace general lighting. In addition, various countries have banned the sale and use of incandescent light bulbs with high energy consumption, and promote efficient and energy-saving lighting products. It has become inevitable that LED lighting has entered the mainstream mass market.

LED lighting LED application product cost trends in end market will become the explosive growth <br> <br> According to the US Department of Energy's Pacific Northwest National Laboratory that the current average cost of LED lamps has been reduced to $ 63 / thousand lumens, and every year LED prices are still falling rapidly and LED lighting is rapidly developing. At present, the LED's price drop is about 25%-40% every year. In addition, the price of components such as electronics, institutions, and heat-dissipation is declining. The LED price of LED lighting products is getting closer to the public lighting market.

According to data released by Topology Industrial Research Institute in May 2010, the demand for white LED bulbs will rapidly increase market share with the governmentâ€™s incentive policies and manufacturersâ€™ efforts to reduce production costs, due to falling prices. It will set off market opportunities.

From the perspective of the Optoelectronics Technology Industry Association (PIDA) analysis of LED lighting costs, it is expected that LED lighting will have the ability to compete with traditional light sources in cost between 2012 and 2013, and the LED application market will grow explosively.

LED bulb cost analysis <br> <br> current mainstream lighting market products for 5-7W and 9-12W bulb products here in 7WLED bulb, for example, store sales in mainland China in Shenzhen that we The price surveyed was US$14.98 (Taiwan-funded chips and land-based packaging). It was assumed that the dealerâ€™s profit was 15% (US$2.25) and its structural cost was US$12.73. After investigation and understanding, the cost of LED light source is about 37.7%, structural components account for 18.5%, and power source accounts for 21.7%. These three pieces account for the proportion of costs, and there is still room for decline in the cost of light sources and power supplies.

The market price of LED light source (chip, package) in the third quarter of 2011 is approximately between 0.92-0.45 US dollars, the average value is calculated as 0.68 US dollars per piece, and 7 pieces of 7W products require a total of 7, that is, the part of the LED light source is 4.8. The US dollar accounts for about 37.7% of the structural cost. The main part of the structure, including: radiator parts, connectors, spheres and other components, its price costs were 1.46 US dollars, 0.58 US dollars and 0.68 US dollars, accounting for a total of about 18.5%. The power supply is considered to be a relatively slow link in the current development of LED lighting products. Regardless of whether the quality or price needs to be raised or reduced, the power supply costs about 21.7% of the structural cost is about 2.76 US dollars, which is also a part to be strengthened. The reasonable range should be in the range of 10% or less.

LED light source: Due to the current LED market segment is too large, manufacturers with brand awareness light source prices in the range of about 0.4-0.6 US dollars, taking the average calculation of 0.68 US dollars, 160W total required 108 US dollars, accounting for about 40% of the total cost. In fact, part of the LED light source will continue to bottom down. We believe that the reasonable price of LED light source should account for about 20-25% of the cost of the streetlight structure within 1-2 years. Under the condition of not considering other parts and prices at the same time, the price range is about 54-67.5 US dollars, which is the cost of a single LED. The price is about 0.31-0.42, and the current price must be reduced by 45-60%.

Lamps and lanterns: The prices are extremely confusing because of the large number of manufacturers. It is difficult to obtain an average value among them. However, its lamp shell price positioning is still a certain model, because both the cooling effect, the pricing principle is based on the actual street lamp power, wattage size to define the standard, with 160W street lamp products as an example, the price About US$63.7, about 23.6% of the cost of street lamps.

The ratio of street lamp power cost to ball lamp power is not much different. It is about 21%, and the price is about 55.9 US dollars. It also needs to be strengthened. The reasonable range should be in the 10% range. The price of other accessories, including: thermal paste, thermal pad, light transmission, light distribution, etc., accounted for approximately 15.7% of approximately 42.4 US dollars.

Compared with traditional light sources, LED lights have the advantage of low energy consumption and long service life, but their high prices have become an important reason to hinder the outbreak of LED lamp demand. But in the past two years due to the substantial decrease in the cost of LED chips and packaging, the price of LED lamps has also dropped significantly.

At the same time, Osram, Philips, and Cree, the overseas LED lighting giants, also introduced low-priced LED lights in this year. Among them, Cree and EcoSmart's replacement of 40W incandescent LED bulbs has dropped to 10 US dollars, the average price of global LED lights this year showed a trend of accelerated decline.

Conclusion: Energy conservation and environmental protection are particularly important in the future, and lighting products play a decisive role. The incandescent lamps used in the past have gradually been eliminated, and energy-saving lamps have come to us. However, with the development of science and technology, the emergence of new energy LEDs has enabled us to further increase energy conservation. The ultimate goal of both energy-saving lamps and LED lamps is for our future. The green life is growing brighter, greener and energy-saving, and low-carbon environmental protection is the ultimate goal.

Flex PCB Assembly = Flex Printed Circuit Board Assembly, which means the PCB Board is flexible. Normally, flex PCB is made with PI or ultra-thin FR4 and it's very thin. Normally, Flexible PCB would need carriers for SMT assembly if by machine. Zhongfeng would manufacture the PCB boards follow the design file, source the components follow the BOM file and do the PCB Assembly job using carriers to follow the assembly drawing and the pick&place file. After PCB assembly done, the components would be mounted on the PCB boards tightly and connected each other through the copper circuits. We call such board as PCBA board or flex PCBA board.

With our 15years professional experience, we are available for all types of PCB assembly service from prototype to mass production, available for 01005, 0201, 0.3mm BGA, 0.3mm QFP.