The LED industry continued its rapid growth trend since 2013 in the first half of 2014. With the demand for LED lighting, the industry seems to have reached a consensus that the industry boom will continue into 2016. Related companies have expanded their production capacity, recruited talents, paved channels, and smashed several rounds of reshuffle in the LED industry in the early stage. No one wants to miss the feast of the LED lighting market.

However, there is no long-term concern for people. If you are overly immersed in the beautiful scene of industrial explosion, and you are unaware of the crisis and challenges hidden behind the opportunity, it will only be a matter of time to be swallowed up by the crisis. I hope that the glimpse of this article will lead to jade, and please be square.

After years of development in China's LED industry, the industry has also undergone several rounds of closure and restructuring of the reshuffle process, but it seems that there is still excessive competition.

LEDinside uses the HHI index (Herfindahl-Hirschman Index) to measure the intensity of competition in different industrial chain segments of China's LED industry. The calculation results show that the HHI index of the LED chip market is about 0.146, which belongs to the low oligopoly market and gradually assumes the oligarchic pattern.

In the packaging market, LED lighting market, the HHI index of the display market is less than 0.1, which is in a highly competitive state. The result of an overly competitive industrial environment is that the industry's income increase does not increase. 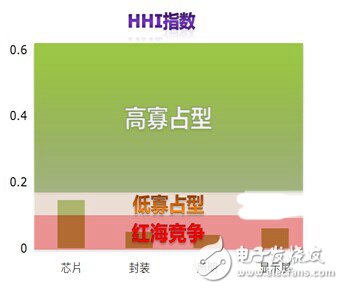 The HHI index (Herfindahl-Hirschman Index) is an indicator used to measure the concentration of the industrial market. It is calculated as the sum of the squares of the market shares of all companies in a particular market.

Enterprises with larger market share are given higher weight, so they can better reflect the market competition structure. According to the structure-conduct-performance (SCP theory), the industrial concentration and market monopoly power are nonlinear positive correlations.

In short, the higher the HHI index, the stronger the market monopoly power of leading companies and the lower the intensity of competition. The Department of JusTIce uses HHI as an indicator to assess the concentration of an industry when determining the conditions for applying antitrust policies, and sets the following criteria:

Recently, the LED industry is popular. In the past two years, chip companies will be judged by life and death. Even asserting that there will be only five words left in the future, let everyone feel that the LED chip industry is very dark.

In fact, small chip companies are indeed an opportunity if they have not yet operated, but the HHI index of the entire LED chip industry is rising, which is much lower than the downstream competition. Moreover, it is also the most promising part of the entire industry chain to form a cartel alliance. In the end, the companies that survived are actually better off than they are now.

Any industry is facing the possibility of a recession, but some are fleeting and others are for a hundred years.

The LED industry continues to drive the growth of the industry by exploring new application areas. The upstream technological advancement offers the possibility of downstream entry into new application areas, while the downstream innovation applications have driven the vigorous development of upstream related industry chains. In the past 10 years, landscape lighting, cell phone backlighting, display screens, and TV backlights have all provided the driving force for the industry to advance in a certain period of time.

However, at this point in 2014, we found that many applications have passed the fastest growing period, and some have entered the recession period. The main driver industry growth that can be seen now is the LED lighting market.

But in the future, we are not sure that the future of LED industry will be as slow as the dotted line, or it will decline with the end of the LED lighting cycle.

After the end of the big cycle of LED lighting replacement, which application can provide the continual kinetic energy of the LED industry to make up for the huge demand gap and avoid the fate of the LED industry recession? Smart lighting, small-pitch screens, plant lighting, and UV applications now seem to have the opportunity to bring new growth drivers, but the emphasis on sub-applications and the growth of the entire industry may be insufficient.

Is there another brand new killer app that can inject new traction into the industry? It depends on entrepreneurs and engineers in this industry to continue to discover and practice.

Often our competitive analysis tends to focus too much on the supply chain, and we usually know who our customers are, who our suppliers are, and who our competitors are.

We usually have a clear understanding of alternatives. For example, alternatives to lamps are incandescent lamps, energy-saving lamps, halogen lamps, etc. The replacement for screens is DLP. The alternative to backlighting is OLED, which is used for landscape lighting and The signboard is also very clear that it is competing with neon lights.

However, for potential entrants, we are almost indistinguishable, but when it comes in, we can see clearly. However, because unlike the existing competitors, knowing the roots, you can grasp the number of tricks. For this new entrant, you may have some resources that cannot be copied at all.

Everyone knows better. Shenzhen used to have a lot of cottage mobile phone companies, and even Shenzhen won the title of â€œZhaiduâ€. However, when Xiaomi started to make mobile phones, these companies gradually disappeared. This potential entrant may overturn the rules of the entire industry.

Especially in the current cross-border things, the WeChat has killed the SMS business of the three major telecom operators. SF Express has set up a hacker for e-commerce, and Ma Yun has also started playing football. It's hard to say whether Liu Dong, the boss of Jingdong, will one day turn his mind to shift his interest from milk tea to LED. 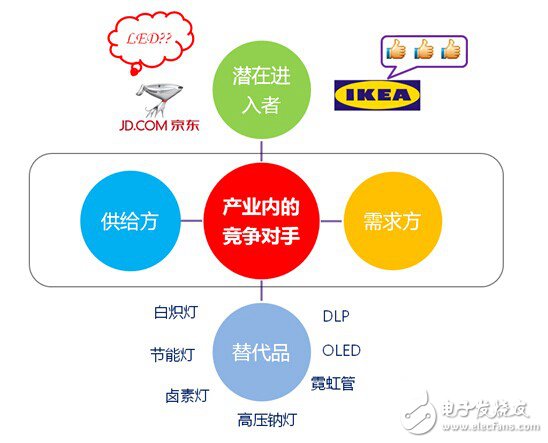 So although the LEDinside data has some rankings about revenue, the ranking is still not significant in the past. The company that wants to be behind does not mind this. Because many latecomers may catch up, even new entrants will do well in a few years.

In the LED industry, such as Dongshan Precision enters the backlight LED, Zhaochi shares into LED packaging and applications, and then, for example, IKEA stands out to do its own brand of LED bulbs, which can be done in a short time, which was a few years ago. Who can think of it?

Some companies in the industry are keen to invest money in ranking companies to enter some unauthorised rankings. In fact, it is not necessary. You can see at a glance that you are spending money on the list, in addition to scamming the players themselves, Who is cheating, this is even more boring than the performance ranking.

What is really important? LEDinside believes that companies in the industry can take advantage of their first-mover advantage and create competitive advantages that new entrants cannot imitate or surpass. This is the foundation. So even if new entrants come, you have enough chips to compete with him, even forcing cooperation. For example, the recent cooperation between Sunshine Lighting and Jingdong to play intelligent lighting is an excellent case.

Challenge 4: How to use the capital market to complete industrial integration under the blockage of IPO

LEDs have improved by the fundamentals of the industry. In addition, the valuation of the TMT sector has risen in the past year. Although there are shortcomings of fierce competition and low thresholds, they still enjoy a certain premium. Most LED listed companies have a forecast P/E ratio of more than 30. 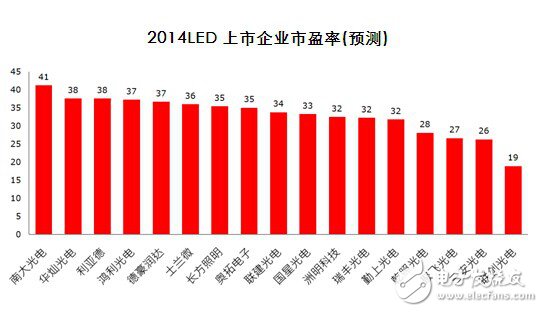 Nowadays, the price difference between the listed company and the primary market merger is relatively large. Through the wealth amplification effect, the company value is re-evaluated. For example, a company with a sales of 300 million yuan has an annual net profit of 30 million. If it is acquired with 8 times PE, it needs to pay 240 million purchase price, but if the merger, the consolidated statement will contribute 30 million net profit every year. And to maintain a 30-fold price-to-earnings ratio, it is equivalent to an increase of 900 million in the market value of listed companies. This is the wealth amplification effect (price-earnings ratio game). If you use a share swap, you can get more non-listed company assets with less share dilution.

For non-listed companies, is it a big loss to sell? In fact, it is not entirely true. The resistance and cost of the IPO may drag down a company and evaluate it based on the current IPO queuing situation. It will take at least three years from now to have an opportunity. If you miss the opportunity of high prosperity, the industry will deteriorate and the company's profitability will decline. The valuation will also shrink sharply. It will be even more difficult for the selling company to obtain a high premium.

In terms of timing, the low P/E ratio and the excessive P/E ratio of the secondary market are not good times. Too low a price-earnings ratio has limited wealth amplification effects, and listed companies are not willing to acquire. Excessive price-to-earnings ratio means excessive speculation, which often means that the boom will end and mergers and acquisitions will lose their meaning.

The best time is obviously when an industry is booming, the industry's growth prospects can be expected, and industry concentration is rapidly increasing. The acquired company also obtained good exit conditions. In particular, some projects that rely on private placement of shares or mergers and acquisitions have a lock-up period limit of three years. These new equity owners naturally do not want the shares to be unlocked. After the closing. 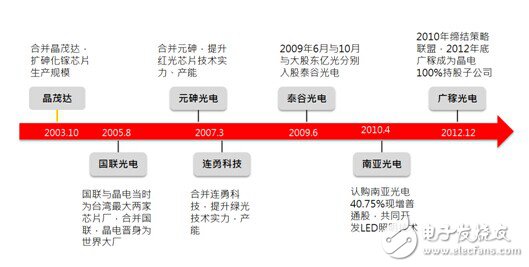 Today's China LED industry has already had such opportunities and conditions. Enterprises in the LED industry have the opportunity to do more at this point in time, use the capital market to complete industrial integration and realize the rise of excellent companies.

The Unipolar Stepper Motor operates with one winding with a center tap per phase. Each section of the winding is switched on for each direction of the magnetic field. Each winding is made relatively simple with the commutation circuit, this is done since the arrangement has a magnetic pole which can be reversed without switching the direction of the current. In most cases, given a phase, the common center tap for each winding is the following; three leads per phase and six leads for a regular two-phase Stepper Motor.