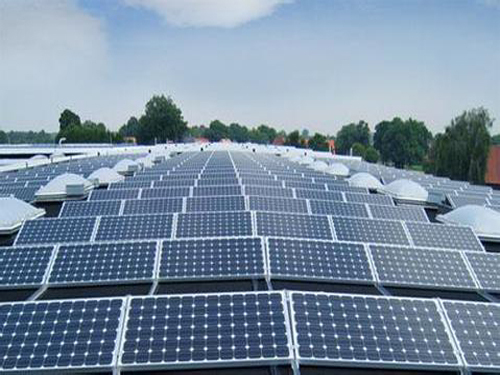 On the 12th and 13th of October, the National Energy Administration website sent two notifications in a row, namely â€œNotice on Launching Special Supervision and Management of Investment and Development Order for New Power Projectsâ€ and â€œNotice on Further Strengthening the Construction and Operation Management of Photovoltaic Power Plantsâ€. Pointed out that in the process of investing in power projects such as photovoltaic power plants, there are problems in some areas and projects where policies have not yet been fully implemented, supporting measures are missing, and the filing (approval) procedures are not transparent, and even speculative behaviors of new power project investment development have arisen. The construction cost has disrupted the investment and development order of new power projects.

To this end, the National Energy Administration has decided to carry out special supervision over the investment and development order of newly-built power projects nationwide. One of the focuses of supervision and control is the record, approval and investment development of photovoltaic power generation, especially the changes in equity before the power supply project is put into production. The National Energy Administration clearly requested that the investment and development order of newly-built power projects be further regulated, and that speculation before the new power projects are put into production should be resolutely stopped. A heavy supervision over the speculative behavior of photovoltaic power plant projects kicked off.

Is anyone really reselling the "Road"?

The so-called "roads" refer to the approval documents issued by the relevant departments to carry out the preliminary work of the project. Obtaining the approval means that the investment project has been included in the national special plan and has obtained the â€œqualification qualificationâ€. As a precondition, an investment project can only be started after supporting roads such as environmental assessment, soil and water conservation, geological disasters, land pre-trial, and grid access.

After the National Energy Administration had decentralized its administration and decentralized a number of administrative examinations and approvals, the approval authority for photovoltaic power plants had also been decentralized to various places. In some places, there was a problem of opaque procedures for recording (approving) PV power plant projects. To this end, the National Energy Administration requires that provincial energy authorities should, in accordance with the "Interim Measures for the Management of Photovoltaic Power Plant Projects," and other requirements, clarify the conditions and procedures for the recording of photovoltaic power plant projects, and minimize the prerequisites for project filing.

Is the "Road" reselling really happen? How serious is it? After two notifications issued by the National Energy Administration, as a major province of photovoltaic power generation, the Xinjiang Energy Regulatory Office, which was stationed in Xinjiang by the National Energy Administration, immediately carried out verification of the â€œroadâ€ phenomenon of photovoltaic power generation reselling within its jurisdiction.

As a result of the verification, the phenomenon of â€œselling road stripsâ€ for photovoltaic power generation in the Xinjiang region does exist. The transfer of approved projects on the grounds of insufficient funds, tight deadlines for construction, and weak technical forces will result in fees ranging from 0.3 to 0.6 yuan per watt depending on the light resources of the region where the project is located. Some of the company's feedback was implied and proposed during 2012â€“2013. There are many intentions to buy and sell power stations.

How to rectify the behavior of reselling "Road"?

The National Energy Administration has explicitly requested that â€œforbidden trading of project filing documents and related rights and interests, photovoltaic power station projects that have gone through the filing procedure, and if there is a major change in the investment entity, it should be re-filedâ€. Can be described as photovoltaic power plant "road" reselling behavior a blow.

Regarding the phenomenon of "roadside stripping" of PV power plants, Jiang Shaojun, a full-time consultant of the China Electric Power Development Association, told reporters that there are many chaos in the road. Many of them are trying to avoid taxation and avoid supervision. Jiang Shaojun suggested that since the â€œRoadâ€ is a recognition of the preparatory work of the project, if the preparatory work is valued, the â€œRoadâ€ can be put on the market for a paid transfer without increasing the on-grid tariff. This can give birth to a New industry. But the premise is that the transaction should be transparent, competitive bidding, compliance, and conduct in the property market.

Regarding the possibility of cancellation of the â€œRoadâ€, Jiang Shaojun believes that the â€œRoadâ€ at this stage is a necessary stage for the establishment of the project. The procedure itself is not guilty. It is only a matter of how the organization that controls the procedure performs its duties. Cancelling the "Road", or expanding it, cancels the approval and requires a series of institutional conditions.

This Wireless Car Charger is universal for Qi Enabled smartphones from 4.0 to 6.2 inches such as Samsung Galaxy S9 / S9 Plus / S8 / S8 Plus / S7 / Note8, iPhone X / 8 / 8 Plus and more(Note: Please don`t put a much thick case, Ring Holder or Pop Sockets on your phone)Compact and lightweight design is convenient to carry while travel around the world.The wirelss charger is an intelligent product for charging,and it`s slightly tilt design ensures you a comfortable viewing angle It is compatible with all devices which are with Qi wireless.Upon classical and elegant design, Wireless Car Charger could bring you much better charging experience as it is more convenient and safe