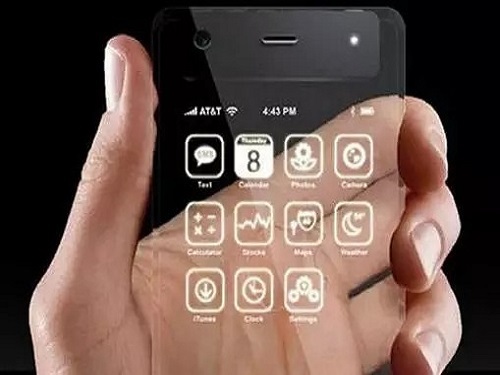 With the proliferation of high technology, some new hardware, new software, new technologies, new processes, and new materials that make people feel â€œunclearâ€ have gradually emerged in our field of vision, leading people into the era of â€œblack technologyâ€. This is also true in the display area.

Let's take a look at the six major brain-burning technologies that have emerged in the display area in recent years.

People's pursuit of flexible display screens is actually derived from the pursuit of portable electronic products. Especially for notebooks, monitors, and even televisions.

Currently, flexible screens do not reach the same level as in science fiction films. They can only be bent slightly. Moreover, corresponding circuits, electronic components, batteries, and the like cannot be freely bent, which greatly limits the practical application of the flexible screen. Moreover, in a certain situation, the actual experience of the screen effect displayed by the screen bending also receives certain images.

Quantum Dots are tiny inorganic nanocrystals that are invisible to the naked eye. Whenever you are stimulated by light, quantum dots emit very pure colored light. Backlights using quantum dot materials are currently the most pure color backlights. Quantum-dot TV uses the purest quantum dot light source as the backlight source, and it revolutionizes the display of the full color gamut.

In various concept sheets, a transparent display screen is almost necessary. The effect it shows is very cool, and it has attracted many people's attention.

Naturally, the transparent display has long been not a concept, and it has become a reality. Moreover, it is much more mature than the holographic 3D projection technology. Moreover, there are related products available for sale, but only a few applications are available. However, its appearance has cut into the needs of some special groups.

Before the development of electronic ink, the display of dynamic images required a constant current, and the life of the display screen had an inseparable relationship with the power supply. As with many other implantable or wearable technologies, building a display in the body is constrained by battery power. However, electronic ink consumes energy only when the display content changes, rather than requiring a constant current to hold the image. So we can create such a screen on the skin, its energy consumption is minimal.

After reading it, I and my little friends were shocked!

It can be seen that all the major display technologies are very hard. If the LED display has been declining for a long time, then the market can only be handed over to people!

Perhaps for the current LED display, some of these display technologies are not able to threaten the status of the LED display market, but the future is unknown.

Cylinder type NTC temperature sensor with the properties of good appearance, water resistance, flexible, safety and good protection has been used to air conditioner, oven, refrigerator and cold storage. Insulated shell can be chosen to install and temperature range is from -30Â°C to 105Â°C or 0Â°C to 250Â°C.