In August of this year, Philips listed 55-inch and 65-inch ultra-high-end configuration Ambilight OLED TVs with the "9 Series Return" theme. This move immediately sent two heavy bombs to the boring Chinese TV market. In the industry has caused great repercussions, not only the topic is full of points, the consumer's rising desire to buy also makes the industry exciting, Jingdong Mall's sales of the two products have also risen straight, and even the status of booking. In recent years, the color TV industry has been on a downward spiral and the crisis has plagued the major brands. The reason why Philips' unique and unique Ambilight OLED TVs are able to defy the trend is worth considering. 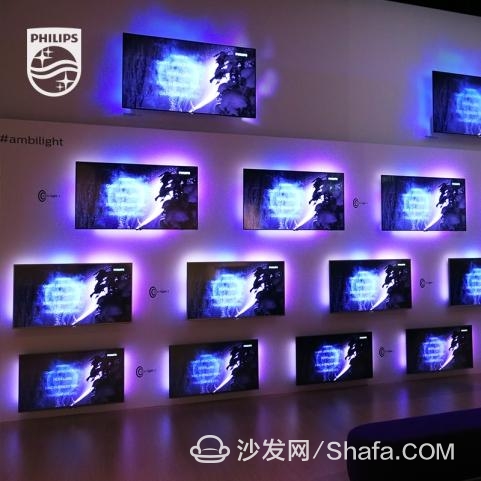 Market upgrades call for industrial upgrading The color TV market in recent years can be described as gloomy. Due to the rapid rise of mobile Internet products such as mobile phones, weakening the value of television, most TV brands have experienced slow or even negative growth. At the â€œ2016 China Digital TV Annual Ceremony and China Smart Display Annual Festivalâ€ held in June, executive vice president of the China Electronic Video Industry Association Bai Weimin stated that color TV sales have been growing at a low rate in recent years. Judging from this, this status will continue to be maintained this year.
According to data from Aowei Cloud Network, the retail volume of color TVs in 2016 will reach more than 48 million units, and retail sales will increase by only 4.3%. In addition, the research data shows that the color TV industry has entered the period of excess production capacity. With the production of domestic panel production lines, the production and demand ratio of global panels and complete machines is basically at a saturation stage.
There was no lack of highlights in the whining. Despite the overall poor performance of the market, the performance of smart, large-size high-end products was rather bright. According to statistics, during the Spring Festival 2016, smart TVs, large-screen TVs with 55 inches and above, surface televisions, and ultra-thin TVs all experienced varying degrees of growth. The penetration rates reached 77%, 27%, 4%, and 3% respectively. According to expert analysis, the market is calling for an upgrade of the color TV industry. The high-end and high-quality products will become the development direction of color TV products in 2016, and the launch of Philips Ambilight OLED TV is even more timely and meets the rich demands of the innovative market. Accurately catered to the development trend of color TV market.
Why is OLED?
As one of the hottest technologies in the current high-end color TV industry, OLED has been sought after by major television brands. At this year's IFA Berlin International Consumer Electronics Show, nine brands including Philips, Metz, Vestel, Loewe, Grundig from Europe and the United States, Skyworth in China, Changhong, and Panasonic in Japan announced their participation in the OLED TV camp. Have exhibited their own new OLED TV.
Why is OLED? What is the charm of this technology? What are the reasons why major TV brands have fallen for it? OLED, also known as organic electro-laser display or organic light-emitting semiconductor, is regarded as the future of display technology. Compared to liquid crystal display, OLED display technology has the advantages of self-luminescence, wide viewing angle, almost infinite contrast, extremely high reaction speed, and the like. 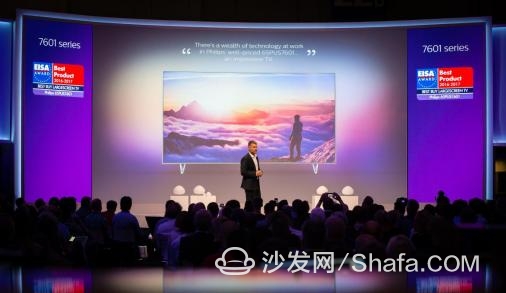 Taking the Philips Ambilight OLED TV as an example, the Philips Ambilight OLED TV with this revolutionary technology does not require a backlight backplane. The black color of the TV picture becomes even more profound, and the white color becomes more pure and more powerful. The visual contrast shows a more stunning visual effect, so it has been widely favored by the market once it is launched. At the 2016 IFA Berlin International Consumer Electronics Show, the stunning Philips Smart Ambilight OLED TV won the "2016 IFA Best TV Product" crown, and Philips TV once again stunning the world with its superb innovation technology.
Breaking out of Philips Ambilight OLED TV
In August 2016, two Philips innovative products were born with glorious OLED TVs. The slogan played by Philips TVâ€™s official microblog is â€œThe 9 Series Returnsâ€ and another king model of Philips TV that has announced continuous innovation was born.
In addition to the main OLED display, another highlight of the two TVs is Philips' unique Ambilight technology. The back lights of both TVs are integrated with a scene light source, which can provide different colors of TV walls according to specific TV scenarios, creating a wide field of vision like a big screen, which brings interesting and vivid visual experience to TV viewing. Thanks to the extremely user-friendly design of Ambilight, Philips Ambilight OLED TVs are also being sought after by netizens as "TVs with Holy Lights." 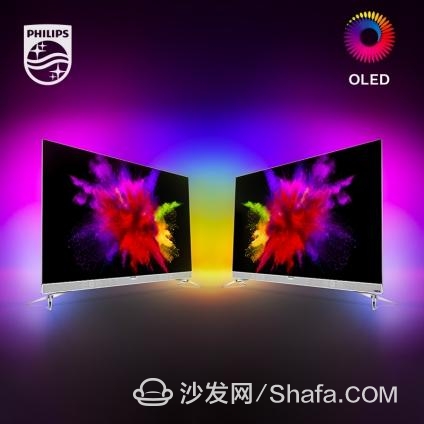 In addition, Philips Ambilight OLED TV is also equipped with a variety of ultra-high-end configuration, such as 4K HDR technology, 6.47mm slim body, metal luxury back design, theater-quality sound front speakers, 3D display, and massive video resources, etc. One of the 65-inch models also has a curved screen design with R5000 gold curvature. These ultra-high configurations have already been amazing. They have almost reached the limit of what the current technology can achieve, and it is not surprising that there is a strong reaction in the industry.
In the face of an increasingly saturated market and an increasingly competitive price war, technology and product upgrades will become the future development direction of the color TV industry. In this trend, OLED technology can be said to steal the limelight and become the development trend of the future display technology. The major brands led by Philips Ambilight OLED TVs have begun to lay out the market, in order to bring the color TV industry out of the current downturn.