Motion sickness is one of the biggest headaches of virtual reality (VR). So why did it cause VR motion sickness? We need to go deep into the root cause of the "VR motion sickness" problem, why VR can cause dizziness, what kind of technology can alleviate it, and how people deal with it now.

Not long ago, Sony introduced PSVR, and millions of players couldn't wait to experience this VR product in their living room. In addition to Sony, Facebook, Google and Oculus are also focusing on R&D and innovation of VR headings. Next year, VR products will enter more people's horizons. And VR audiences will be even younger, and younger people's minds are more plastic than adults. The English proverb "an elephant in a room" refers to a truth that is so large that it cannot be ignored, but in fact it is often turned a blind eye. The relationship between motion sickness and VR is the same. It is time to take this potential "elephant in the room" seriously.

We need to go deep into the root cause of the "VR motion sickness" problem, why VR can cause dizziness, what kind of technology can alleviate it, and how people deal with it now.

So, what is motion sickness? 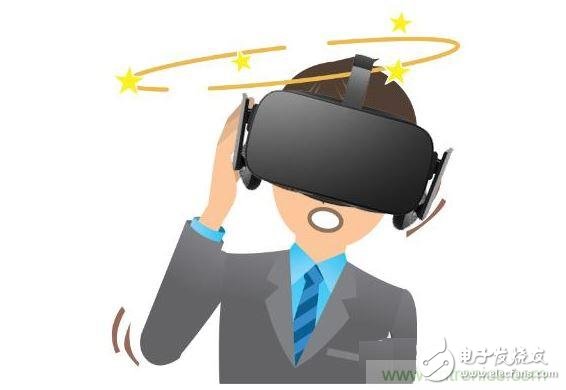 Everyone may have experienced a vignetting experience at different stages. For example, when you are reading in a swaying car or sailing by boat, you can experience the slight discomfort more or less. Physiologically, this is the result of inconsistencies between our visual perception and the vestibular sensory system experience. As neuroscientist Dean Burnett put it: "The eyes and body muscles think we are still, and the vestibular system in the cochlea feels the state of motion. The two signals create conflicts."

Michel Treisman of Oxford University has proposed a theory that motion sickness may be an evolutionary product of human body food poisoning: as a body's defense mechanism, when the body ingests poison, a strong sense of nausea Promote vomiting and spit out stomach poisons. This theory is hard to verify. In addition to "stomach discomfort caused by nausea", people also noticed the relationship between vestibule and vertigo. In 1968, there was an experiment in which the monks (damaged vestibular function) were placed on the rough seas to see if they would feel dizzy and sick.

It turned out that the monks did not appear dizzy.

This alone is not enough to draw rigorous scientific conclusions. The cause of motion sickness is still unclear. As the conclusion of the BBC survey said: "We still don't know what the time and place factors will cause motion sickness."

People respond to seasickness and motion sickness from eating ginger to outpatient clinics. The effects vary widely. The most effective method is to count "multiple halos and not dizzy" - repeated exposure to the halo environment, allowing the brain to gradually adapt.
Why does VR cause motion sickness?

In the 1990s, the word "virtual reality" first went to the public. At that time, the strong vignetting experience made everyone "talk about the color change." The once-famous Nintendo Virtual Boy was also unable to cross the motion sickness. 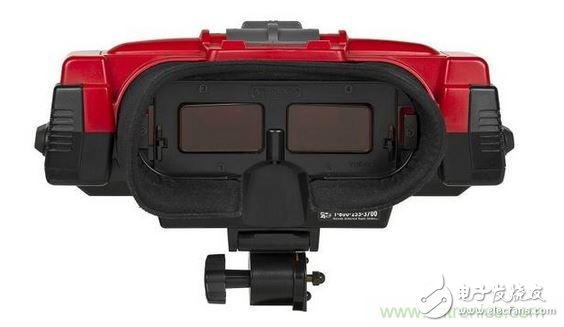 It seems that the physiological mechanism of human beings is doomed, and it is possible to prevent motion sickness only when all sensory signals are unified with each other.

In addition to motion and static, a deficiency in VR technology indirectly exacerbates the formation of motion sickness. Picture delay and frame rate - please Lenovo's online experience in a poor network speed environment - enough to make people stunned in VR and complained.

In addition, there are a lot of attention on the VR screen. Our eyes stare at the screen while adjusting the focus based on the distance of the virtual object. These are just common problems, and other more complicated ones are not listed here.

In short, it is no easy task to virtualize a â€œrealityâ€ that satisfies our body.

How does the current technology solve motion sickness?

Players have a lot of complaints about VR motion sickness. The hidden ambitions of the VR industry are far more cautious and calm than the recent VR entrepreneurs have shown. But apart from the complaints of a few individuals, large-scale research has not been carried out well.

Fortunately, several VR manufacturers are already paying attention to this issue. For motion sickness, Oculus provides specialized documentation to help developers reduce discomfort. The motion control of the VR scene is the key to anti-halation. The picture should be more controllable by the user, and the change of the picture should not be too fast.

The Field of view is another key word. In reality, the world seen by the human eye is about 180 degrees, and most of the current VR glasses can only provide a 100-degree viewing angle. It goes without saying that in order to achieve a more realistic immersion, you need a larger field of view. However, the increase in the angle of view is proportional to the probability of occurrence of motion sickness (the human eye is more sensitive to edge vision). Microsoft has come up with the idea of â€‹â€‹using LEDs to illuminate the light source at the edge of the lens, which can effectively reduce the occurrence of motion sickness. Of course, this is only a matter of expediency and cannot solve the problem fundamentally.

The Mayo Clinic in California is closer to the core of the problem. They combine sensors and software to synchronize the brain's vestibular system with the virtual reality experience. This method claims to reduce the neural signal mismatch that causes motion sickness. Although there are not many cases in actual use, this does provide a new idea for solving VR motion sickness from the source.

No one can ensure that motion sickness can be completely avoided. Those who are more sensitive may be blessed with the experience of VR. The most effective way to deal with VR motion sickness is to play more and let the brain adapt to it slowly.

Oculus once said: "The experience of using VR can make you resistant to motion sickness."

In a report by foreign media TechRadar, the author thinks that the small problem of motion sickness after the comprehensive experience may not be enough to be a big worry.

After such a discussion, we should also have some understanding of the underlying problems. The three recommendations at the beginning of the article still apply:

1) Stop when you feel dizzy and nausea, don't be stubborn;

3) Generous discussion. We need to know more about the impact of technology on the human brain to find the right coping strategy.

In terms of personal experience, the author is very cautious every time he experiences VR heads. That is not an enviable experience. The author is worried that if the technology is not improved, the human brain can of course adapt to VR, fearing that it will not adapt to the real world after adapting to VR. If the VR industry wants to truly develop into a mainstream computing platform, there is still a long way to go in the future. Not only does it improve the comfort of the experience, but the underlying neural mechanisms should also be involved.

Only in this way can this potentially transformative technology be truly rooted in the hearts of the people.