Although the purpose of VR glasses is to allow players to immerse themselves in the virtual world, they can experience watching videos, playing games from different angles, or being a winner in their lives. However, there is always a player who wants to share the virtual world with others, so the only thing that has to be mentioned at this time is the "projection" function. 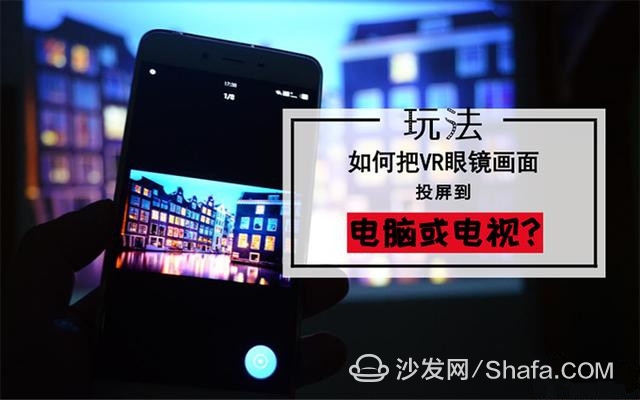 Today, Xiao Bian wrote a tutorial on how to project the images in VR glasses onto a computer, TV or display screen, allowing you to share the virtual world with your friends.

Note: This tutorial is only for VR glasses, or VR all-in-ones. The reason is that VR glasses mainly use Android or iOS mobile phones as front-ends, and these two systems are very convenient for screen-casting to computers, TVs, or displays; the all-in-one machines on the market are also almost based on Android, so the reason is the same as above. . As for the VR head display, you need to re-screen it?

One pair of VR glasses. Whether it is brand or general, it can be;

What's more, a smart phone. Basically, as long as your phone doesn't break the component, you can theoretically do a screencast.

Of course, you have to prepare a computer/display/TV. The TV situation is slightly different, where tiger VR is mainly exemplified by computers;

About VR glasses screen to the computer, Xiao Bian first a few words.

In fact, there are many ways to connect screens to computers via USB cables, but is this completely nonsense for VR glasses/all-in-one computers? Can you imagine the scene with a data cable next to VR glasses? In addition, some VR glasses are not able to connect to the USB cable during operation, such as Xiaomi VR glasses and Gear VR. In addition, the PC VR Headset, which is being hard-wired, said that â€œit is still necessary to use a cable to cast a screen, which is simply a historical reversal.â€ So, we only introduce wireless screencasting methods today.

In terms of methods, we will introduce the hardware and software aspects, which are based on two technologies, Miracast and Apple AirPlay. After all, more projections and TVs now support miracast, and miracast technology allows different devices to interact with the same screen (AirPlay is the same).

1) If the computer system is Windows 8.1 or above 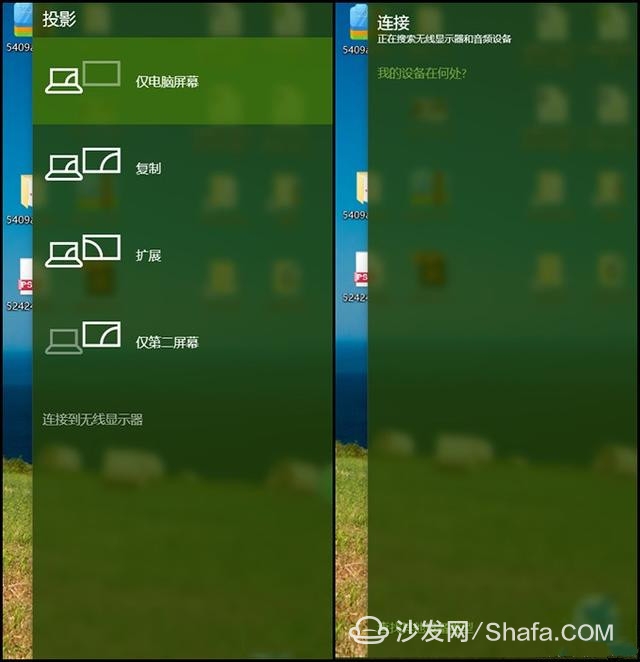 On the other hand, you need your phone to turn on the wireless cast switch. The new Android phones (System Android 5.0 and above) currently support the Miracast feature. Look for wireless settings - more. Different phones may differ slightly. After you find it, please select to open the wireless screen.

Then the computer searches to identify the mobile phone that has been turned on with the wireless screen. The connection between the two is OK.

2) If the computer system is Windows 7

Most netizens, like Xiao Bian, may still refuse to upgrade with the classic Win 7 system. If you want to achieve the same screen, there are also solutions. 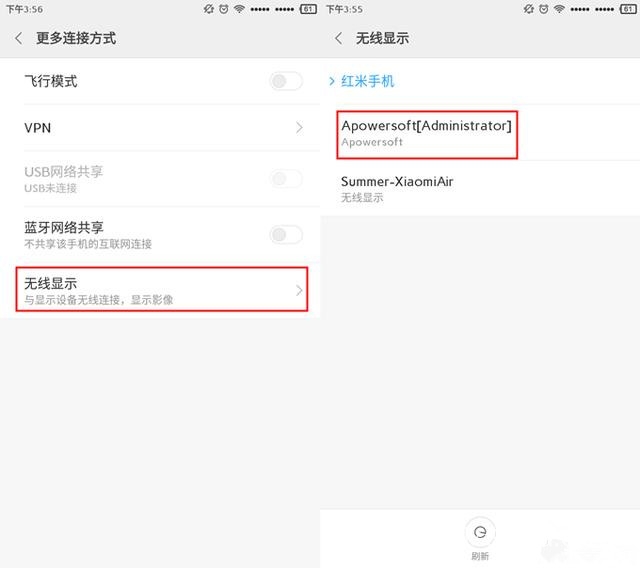 3) About the iPhone screencast method

The iPhone uses its own Apple AirPlay technology, which is similar to the previous one. 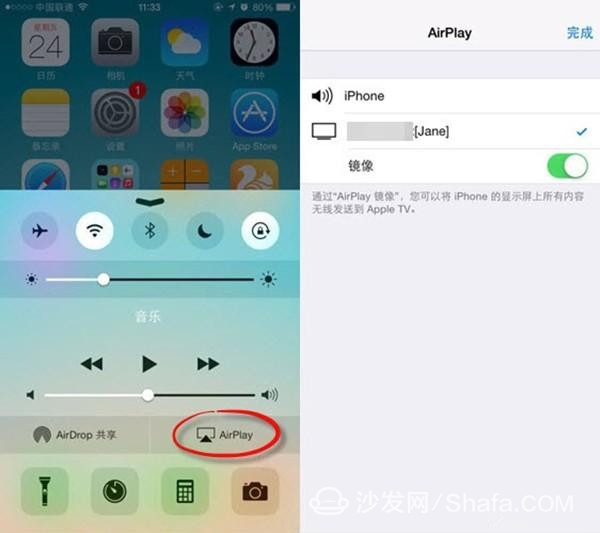 Scroll out the shortcut menu, tap AirPlay and open the image, then tap Connect. Of course, the key point is to have your phone and PC/Mac in the same WiFi.

In addition, for the current new smart TV, open AirPlay will directly identify the TV model (also want to open the mirror), so that the iPhone/iPad can be directly connected to the TV, do not need to bridge through third-party software.

The premise of this program depends on whether your phone has a wireless display function, specifically in the settings to see if there is no "wireless display", "projection screen" or "projection" and other options.

Then, you can go to X East and XBao to search for "miracast" and buy a wireless screencast receiver. This stuff is not expensive, cheap dozens of pieces have to be sold. One of the key points to be reminded of the fight is that there are many kinds of interfaces for such receivers, generally VGA and HDMI. Connect this item to your computer or monitor and follow the instructions. Follow-up operation method, we can refer to the above to carry out. 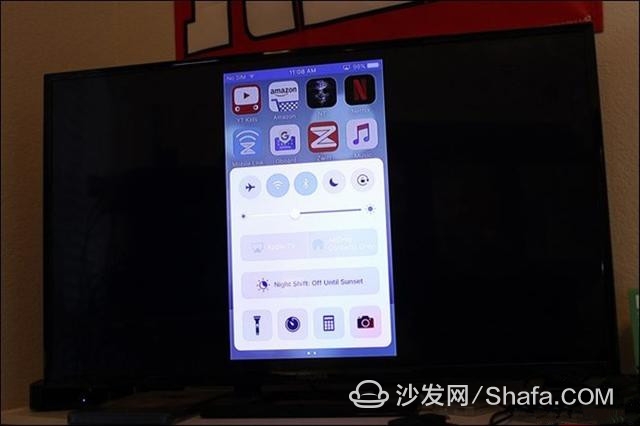 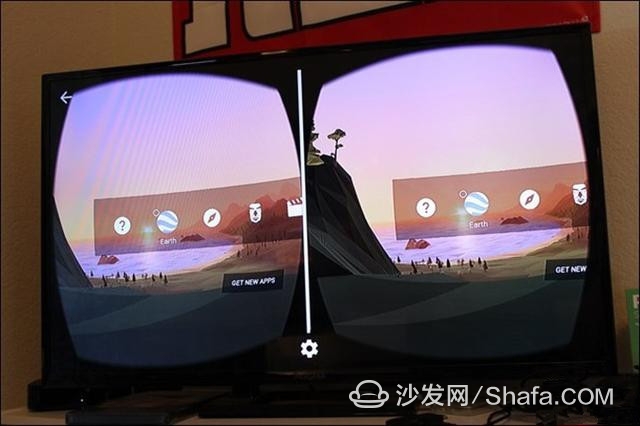 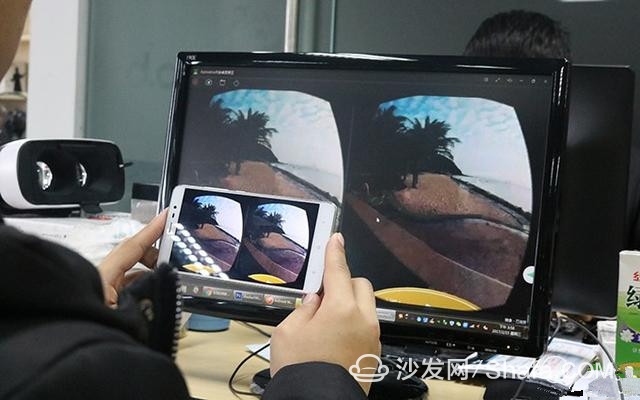 The above is the actual screen-casting effect, we can feel free to

All right, this time go for Gear VR!